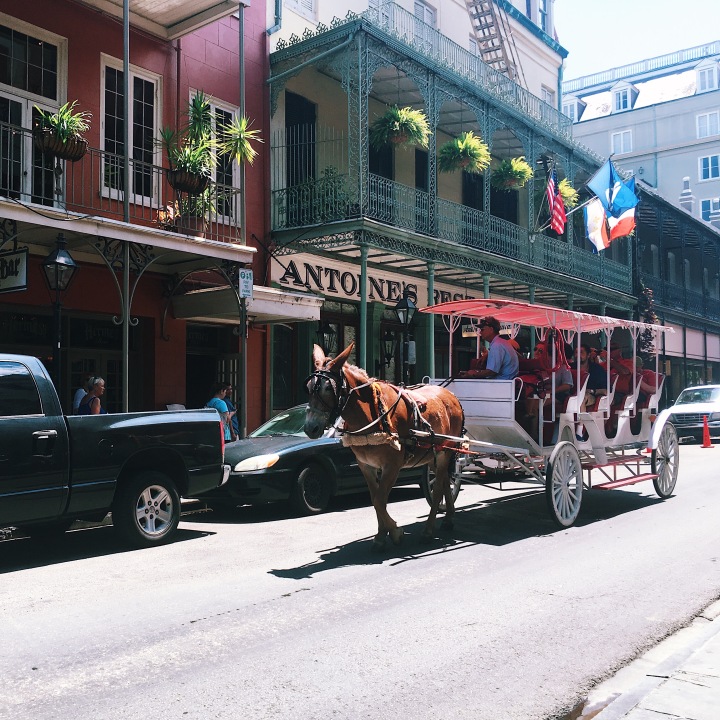 I didn’t know what to expect when I went to New Orleans, to be honest. All I really knew was that New Orleans had Cajun and Creole food, Mardi Gras on Bourbon Street is a big thing there, and that it had a French influence. There’s definitely that but so much more! It’s such an interesting and weird city with so much delicious food, historical and cultural landmarks, and unique activities that really highlight what a unique and eclectic city it is. This was also my first time going to the South (I’ve pretty much only been on the West or East coast), so it really was like experiencing a different culture since it’s so different from the Bay Area. Read below to find out what I did during my weekend there – and yes, we really did everything over the course of ~three days! We flew into NOLA late Thursday night and left Monday morning, giving us three full days to do all the things.

I divided up this guide into three sections: Dining, Shopping & Activities, and Sightseeing. There’s also a last section with other things on our list that we didn’t get a chance to do and I would want to check out next time. I also indicated which neighborhood each location is in, since it can get hard coordinating what to do on each day – if you’re a planner like me, that is!

Of course, dining is a big part of any trip I take – even if I wasn’t a food blogger! It’s another way to explore the city and get a feel for the local life, especially if a city has dishes and cuisines its known for. New Orleans is definitely a foodie’s (I hate that word lol) city because there’s just so much good food everywhere! I also tend to be more bougie on a trip in regards to food, because I don’t know when I’ll get to visit again!

There’s so much to see in New Orleans! It’s such an interesting place full of a unique history with its French influence and the flourishing of Cajun and Creole peoples and culture. I’m all about learning history and culture and architecture/landmarks since I find it fascinating, so that’s where my recommendations tend to lean towards. Also, no Bourbon Street here if you notice, because it’s gross and smelly and no one really goes there for anything lol. It’s worth walking down just to say you went there but meh.

I don’t really go shopping much on trips to be honest. My budget is allocated more towards food, transportation, housing, and some activities, so it’s last on my list – especially if I’m just traveling domestically. I do look up those areas though because they’re usually flanked by restaurants and other things to see, which are listed below.

THINGS WE DIDN’T GET TO DO

You’re probably thinking, “why is this even a list if you didn’t experience it?” Some of these things were included on our final choices, but we cut things out in favor for above, it didn’t work out with timings, or we just simply ran out of time. I would want to come back to check these things out – as well as explore new things!

And whew, that’s the list! I hope I didn’t make it too long, and it was a little hard to categorize, but I think there are a lot of fun options no matter what type of trip you’re taking. I personally enjoy history, architecture, and culture, which is why my recommendations lean that way – and of course, food, duh. Let me know below in the comments if this was helpful and if you have any thoughts or other New Orleans recommendations!

2 thoughts on “72 Hours in New Orleans – a Weekend Guide”