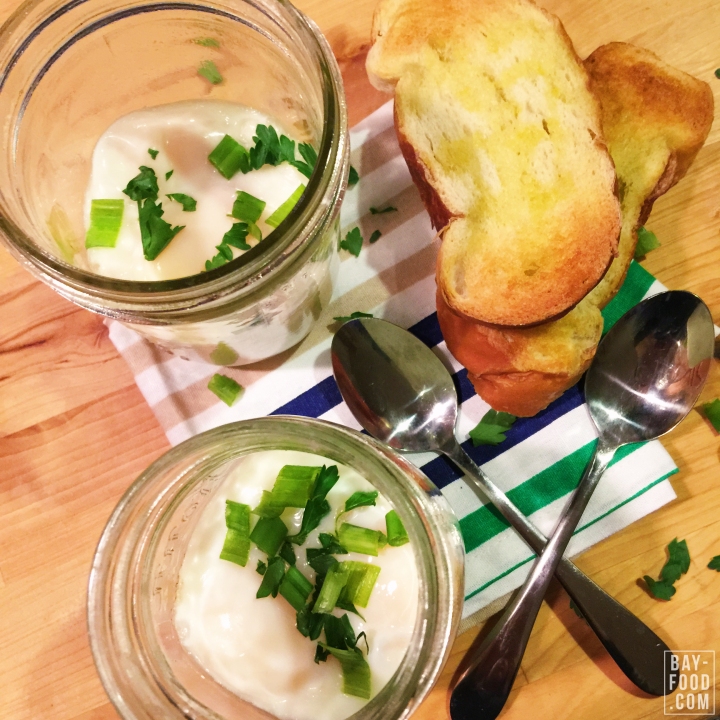 I’ve talked about Eggslut before – I still drool when I think about it tbh. It’s one of the many food options in Downtown Los Angeles’ Grand Central Market. The line may wrap around their food stand, but trust, it’s worth it. My egg sandwich was AMAZING and everyone, of course, enjoys the “slut”. Since I was wary of the eggs not being pasteurized, I never tried it at the restaurant, but I came up with my own easy to make rendition at home! This recipe doesn’t have specific increments, so it is a little vague, but that’s how easy it is to do. It’s perfect any time of the day, but I think it’s best for a cozy dinner!

So. The “Slut”. It is a cage-free coddled egg on top of a smooth potato purée, poached in a glass jar, topped with gray salt and chives, served with slices of baguette, That totally sounds amazing, right? First off, you want to get out a mason jar (or two if you’re making more than one). I would make sure you have proper canning jars that can go into hot water. 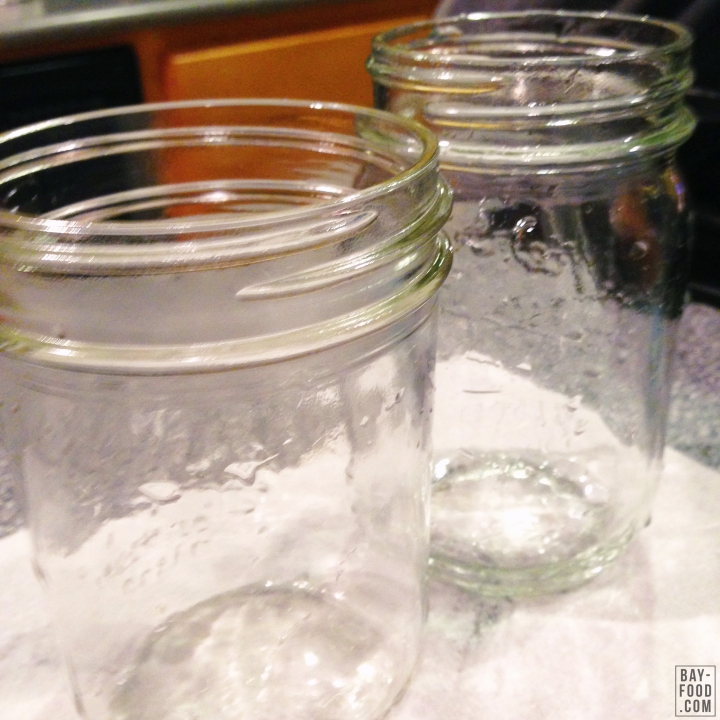 Then, peel a potato, cook it up (i.e. in the microwave like a baked potato), and mash it. Alternatively, you can simply use store bought mashed potato flakes too, which I’ve totally done. Put the potato puree in the mason jar first, and then crack open an egg on top of the puree. 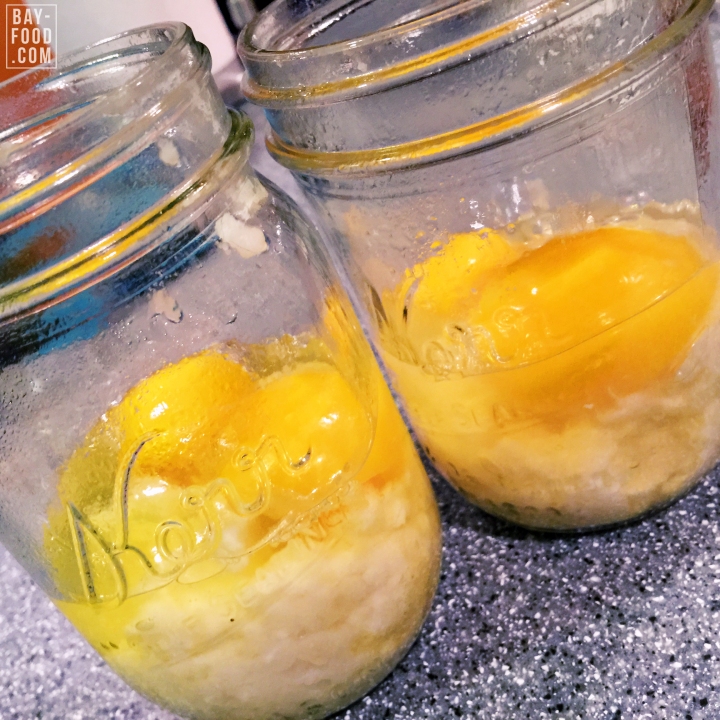 Put a pot over medium-high heat, filled about halfway up. You want the water to be able to boil. Once the water is ready, place the jars into the pot, with the lids on. Reduce the heat to medium and let it simmer for approximately 4 minutes. I would make sure to check if the egg is cooked to the desired way. Since I was mimicking the slut, I wanted the egg whites to be cooked and the yolk to still be runny. 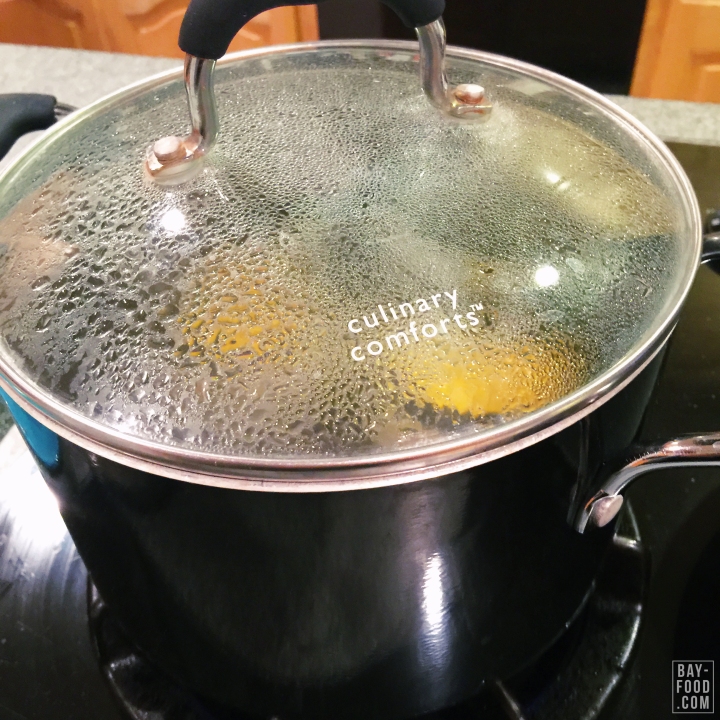 Once that’s done, slice up a baguette or loaf of bread. I already had some homemade bread, so I simply sliced that, but even a piece of toast will work in a pinch. I toasted it in a microwave oven and drizzled some olive oil on it to make it extra tasty.

Take some chives, and finely chop them up, sprinkling it on top of the egg. I also added a little salt and pepper on top for seasoning, but otherwise kept it very simple. I have added garlic powder to the potatoes sometimes to give it extra flavor, but it isn’t necessary. And that’s it! It’s so simple to make, you really don’t need a recipe for it – and that’s me saying that!